Tim Stanton and the History of Service Learning

Tim Stanton is a visiting professor from Stanford University who will be teaching 390: Community-Based Partnership Research in International Development this coming spring quarter.

Professor Stanton worked at Stanford for 30 years building community engagement and service learning into the university curriculum at the local, national, and international level. He helped found and directed Stanford’s Haas Center for Public Service, developed and directed the Scholarly Concentration in Community Health and Public Service at the medical school, and began the Bing Overseas Studies Program, which focused on community engagement and “partnership research” in Cape Town, South Africa. 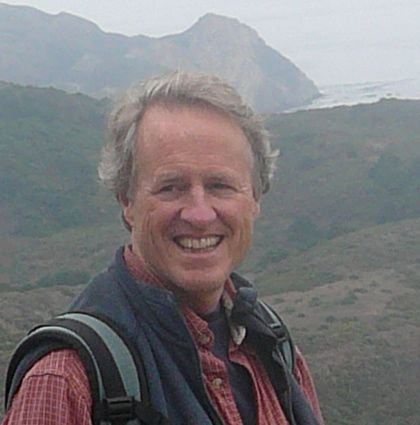 How did you get involved in service-learning and community-based research?

Well, I had the good fortune or bad fortune, depending on your point of view, to be an undergraduate student in the late 60’s in the San Francisco Bay Area, so I got a lot of my education on the streets participating in experiential learning through political activism and community service work through a tutoring program. We did not have anything like service learning at Stanford in those days so we were just doing those things by the seat of our pants, and maybe sitting around in the evenings reflecting on what we were doing and what we were learning – but it was very separate from the curriculum.

It was a very different time. I went into grassroots community organizing work in San Francisco working with young people and focusing on youth. Through that work, I kind of stumbled into the fact there really wasn’t much for young people in those days to do other than go to school and get a job at a McDonald’s kind of place. There wasn’t any kind of community service movement and narrow availability of volunteer opportunities. Most young people were not interested in it and non-profit organizations were not interested in having young people around. So, we took it upon ourselves to start organizing projects that we thought high school and college students would like to do to have an impact in their community.

Why do you think service learning have become so popular in the last couple of years?

Those of us who have been at this for as long as we have are talking about this…25 years ago I and two colleagues researched the early history of service-learning, which lead to the only book out there on this topic. Along the way we discovered that a huge percentage of the “pioneers of service-learning” had either been fired from their jobs or had their program shut down because they did service-learning. That’s hard to believe now since it has proliferated so much but it was dangerous work in those days…people lost their jobs. Now service-learning is all over the place, but we still wonder, has higher education changed so much that it’s safe to do this work now or has it lost its edge in some way? Or both?

Do you have any possible concerns in this field?

A concern I have is that young people go into the field with a “development” agenda and become a burden to these communities and, maybe even worse, do damage. We don’t spend enough time building relationships that are strong enough and trusting enough that people entering these communities and people living in these communities can have honest discussion about what’s needed, what’s not needed, and what’s not welcome. So what I try to focus on in my courses is how can we do this work in a more ethical way, build meaningful partnerships and enable the helper and those theoretically that are to be helped have an honest relationship.

For the Stanford students in Cape Town, they knew that it was weird coming from Stanford into communities with a lot of poverty…they didn’t want to be connected with that identity, but what they didn’t realize is they are part of Stanford if they are Stanford students. They are going to be seen that way by folks in those communities whether they like it not, so you have come to terms with that…and how do you deal with that, still be yourself, and help the community come to see you as who you are?

What do you think about the “white savior complex”?

I think that it can appear to people, particularly in the Global South, as the new colonialism. I think it’s very dangerous. These people are very well intentioned so I don’t mean to be critical of their intentions, but they inadvertently and subconsciously make assumptions about the places and communities they are going into that are highly mistaken. We have a lot of blinders about places we’ve never been before and cultures we don’t understand. We are impatient in the North – we want to do things quickly. Other cultures have a different sense of time. In Cape Town, we had a running joke in the class about how many cups of tea does it take to get a project started, with the notion that in South African culture you cannot get anything done until you get to know each other, which means having a lot of tea together. We would joke about it, how many cups of tea have you had?

Why do you think it is important for young people to get involved in civic engagement?

We live in a society with a lot of seemingly intractable problems. They seem so insurmountable that people get cynical and don’t want to engage to try to make things better. Students get an academic understanding of social problems and policy issues but they don’t have much of an on-the-ground, experiential sense of how things really work in communities. I believed and still believe that all people, but especially adolescents and young adults, need roles in society that have consequences on other people. Conventional education is very individualistic…but when you engage in community work, it matters if you don’t show up, or if you let people down. You can have an impact on other people.