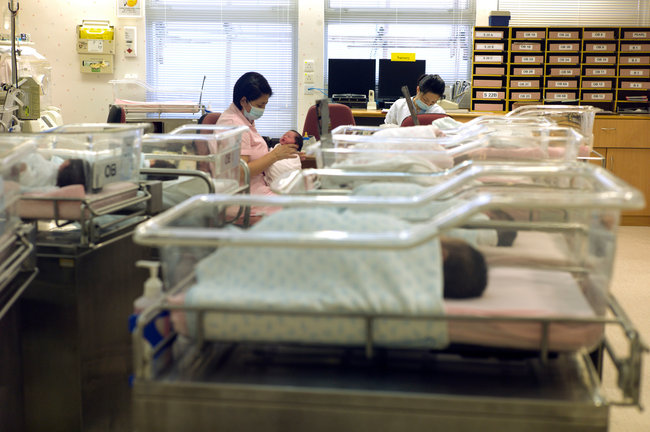 In the past thirty years a phenomenon of “birth tourism” has arisen, describing Mainland Chinese mothers and their families traveling to Hong Kong to have their children. As the world has globalized, individuals have more access to information and more mobility. Medical tourism has stemmed exchange, as people become interested in seeking out healthcare in other areas of the world. It is primarily the result of the globalization of healthcare and the globalization of tourism. The observed phenomenon of birth tours fits within this categorization – in 2009, 50% of the births in Hong Kong hospitals were to Mainland Chinese women.

It is argued in current literature that there are several reasons for why this is happening: the higher quality of Hong Kong’s hospitals, evasion of the One Child policy, and so that the birthed child receives the benefits of Hong Kong citizenship. These reasons are enough to attribute to the increase of births, but the cost side of the equation explains why Hong Kong’s hospitals, both public and private, are also benefiting from the occurrences.

Local residents in Hong Kong giving birth at a public hospital pay about HK$100 (US$13) pr day, while a non-local resident will pay up to 33 time more (US$423 per day). In a private hospital, a delivery can cost up to $110,000. Hospitals have a lot of economic incentive to keep the flow of birth tourism coming.

Despite benefits hospitals in Hong Kong are receiving, there has been a huge public outcry towards Mainland Chinese mothers who are seen as overcrowding the obstetric facilities. In a New York Times article, Sharon LaFraniere describes the experience of Maggie Wong, a 31-year-old Hong Kong resident who felt as if she had been pushed aside by Mainland couples. She tried to schedule a delivery at a public hospital near where she lived when she was three and a half months pregnant. According to Ms. Wong, she had to spend her husband’s savings and borrow from her parents because the public hospitals were too full of Mainland Chinese women. “I am a citizen of Hong Kong. I pay Hong Kong taxes. I kept thinking, what is this? How can this be? Of course it create bad feelings.” Hong Kong people, especially those attempting to use the obstetric services in hospitals, are increasingly irritated with the lack of room in public and private hospitals.

In response to the continual public outcry, in January 2013 the Hospital Authority, responsible for the management of public hospitals, general outpatient clinics and specialist outpatient clinics, instituted a “zero-birth quota” that did not allow Mainland Chinese mothers use Hong Kong’s obstetric facilities.

This restriction has done more than open up beds for Hong Kong women. The exclusion has significantly reduced the overall number of births taking place in Hong Kong. Baptist Hospital, which has one of Hong Kong’s biggest private obstetrics wards, reported a loss of more than HK$200 million and an 80% drop on delivery rate.

There clearly is a mismatch between public opinion and what is most practical for the state and hospitals. With a large number of high quality obstetric services and a declining Hong Kong fertility rate, the hospitals have a larger supply than Hong Kong citizens can fill. They are now pushing back against the ban that popular opinion so eagerly pursued. The government has not yet lifted the ban, but due to pressure the restrictions have loosened. It remains to be seen whether economics or popular opinion will win this battle.